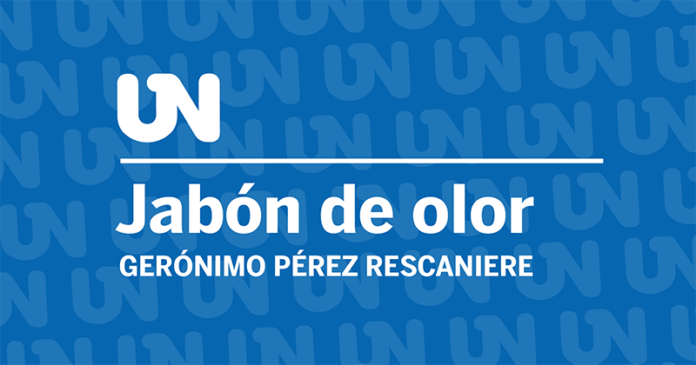 In 1808 Napoleon Bonaparte invaded and occupied Spain. As in the case of the delivery of Louisiana to the United States, the action was masked in its causes, Napoleon explained it as motivated by the need to occupy Portugal, which refused to apply the continental blockade decreed by him against British products. , a half truth. What was the truth of the entry? One hundred and thirty-one years later, a Venezuelan researcher and politician, also foreign minister, Caracciolo Parra Pérez, will publish Bayonne and Napoleon's policy in America, with reproduction of supporting documents of the American reasons for the privateering action. Ten years later, Miguel Artola will review the strange truth in the Revista de Indias, Año X (1949) under the title «Los afrancesados ​​y América», which will not prevent history books and encyclopedias from universally pointing out until today that the cause of the Napoleonic entry was the passage to Portugal. No, the largest banquet in the world, Spanish America, had Spain as its metropolis and Napoleon stayed in Spain,

He proceeded to capture King Carlos Cuarto, the fat man dressed in blue who is the center of the painting Las Meninas, and his son Fernando Séptimo, a rebel against his father. The attitude of Carlos Cuarto is strange, he does not resist, rather, he seems to sympathize with the invasion, it is rumored that he will leave for America, that he is in convoy with the French as his son Fernando is with the English, that he will install his court in Higuerote , a strong military site, close to Caracas. The Count of Montijo, head of pro-English Freemasonry in Spain, cuts the straps that tie the horses of the king's coach to prevent his departure from Madrid to meet with Bonaparte, but in the long run father and son are sent to a prison castle in Franca, where the king will dedicate himself to embroidering a coat for Napoleon to wear, who in the meantime is strongly, very strongly, influencing the independence of the colonies,

The Bonapartist march on Spain is hard, the French have to engage in combat the best battalions of sappers to conquer street by street, house by house, the defenses in Barcelona. The Spanish guerrillas made the French supply a nightmare due to the bloody ambushes, to which the French reprisals responded with massacres against the civilian population. In the end they triumph, but Spain does not accept this, giving birth to its War of Independence that has Fernando VII as its flag. The tension increases, England acts in Spain with the army commanded by Wellington and the fate of all will depend on the results of that war.

The Napoleonic intention on America is made explicit in a document from four years earlier entitled Instructions given by Joseph Napoleon to M. Desmoland, his commissioner or principal agent in Baltimore, and to all who, armed with his orders, go to Spanish America to excite a revolution there. Caracciolo Parra Pérez published it in a book of foreign ministry documents, like throwing a bottle into the sea. Among his phrases are:

«The sole purpose of these agents at this time must be to persuade the Venezuelans that His Imperial and Royal Majesty (that is, Bonaparte) has no other purpose, but to give freedom to Spanish America for so many years submerged in slavery, to obtain by price of such a great favor, the friendship of the inhabitants and free trade with the peoples of the two Americas; to make Spanish America independent of Europe, said Majesty offers all the necessary resources of troops composed of brave warriors». «Each commissioner or agent in chief…/…will make them observe (to the people of the colonies) that the immense sums that are going to be consumed in Europe, will then circulate in the provinces of America, increasing their resources, commerce and their prosperity; that its ports will be open to all nations. They will support the advantages that result from the freedom of agriculture, of all the objects currently prohibited by the Government of Spain, such as saffron, wine, olive trees, flax, hemp; the profits they will derive from the establishment of manufactures of all kinds, from the abolition of the monopoly on tobacco, gunpowder and cards».

It is important not to make enemies of the priests, Napoleon thinks, although the most logical thing is not to believe in his God:

«To more easily achieve the object, as most of these peoples are not civilized, the agents will try to make themselves agreeable to the governors, mayors, priests and prelates; not sparing money or any other means of winning their wills, especially that of the ecclesiastics, skillfully persuading them to persuade their penitents, when they go to confession, that it is necessary to seize the favorable opportunity to ensure their independence, taking advantage of the Emperor's offers of the French; that Napoleon is sent from God to punish the pride and tyranny of monarchs, and that it would be a mortal and irremissible sin to resist his will.

The agents will take every opportunity to remind them of the oppression they suffer from the Europeans, and the contempt with which they treat them; They will also remind the Indians of the cruelties of the first conquerors of America, the infamous treatments they lavished on their legitimate King; they will detail the acts of justice to which they are exposed daily on the part of the unworthy officials appointed by the Viceroys and the governors, to their detriment, who must obtain the jobs and the rewards; they will direct the attention of the town on the superior talents of some Venezuelans; that they are left in oblivion, about the people of merit of the dark class, and they will make notice the contrast of the public officials and the European ecclesiastics”.

“It will be necessary for the chiefs and subordinate agents to accelerate the insurrection, so that it shines in all points on the same day and at the same hour; This is a very essential point that will greatly facilitate the undertaking. The main agents in each province of their department and the subordinates in the places that are designated to them, will win the servants of the governors, mayors and other wealthy people and by their means they will poison those of this class, who seem to them opposed to the company. This operation must precede the revolution to remove all obstacles. The first thing that needs to be dealt with after the revolution is to prevent the flow of money to the Peninsula». How could Carlos Cuarto collaborate with who wrote this?

From that same period is a declaration by Bonaparte where he proclaims that the independence of the Spanish colonies is inevitable and he will collaborate in it.

The events in Aranjuez had early consequences in Caracas. The setting was the block of the Bolívar family, a site of horses and coffee roasting ovens, solitude near the Guaire River, good for meetings that not all the inhabitants of the city center should have known, only the Bolívars, the Ribas, the Mijares. , all aristocrats, all Venezuelans. They want to govern the Captaincy General of Venezuela, remove the governors who came from Spain from the government house. They will declare themselves defenders of the rights of Fernando Séptimo, but are they really? To weigh and measure this, the Regency of Cádiz, liberal and supported by Wellington, whose first troops are already landing on the peninsula, Don Joaquín Mosquera y Figueroa arrives in Caracas. He is very Spanish, although born in New Granada. In that viceroyalty, he possesses more extensive and fertile lands than those of any marquisate in Spain, a donation from the king to this faithful servant. A painting of the Holy Trinity in gold leaf presides over his great hall, another of Saint Marcellin, the work of a slave hand, makes him a counterfigure, silk and gold ornaments are in the showcases along with missals and sacred vessels. He was holder of the 33rd degree in the Spanish Grand Orient.

He questioned each of the meetings, collated, analyzed and wrote in his report sent to Madrid: "What these gentlemen seek is independence, under the guise of defending the rights of His Majesty Ferdinand VII." They were rich, so they were not imprisoned, but they were ordered to leave Caracas until a better review of the affairs, to go to their haciendas.

Mosquera and Figueroa clinched the Captaincy authorities and returned to Spain. Over the years he would become president of the Regency Council, dispatching in the same room and the same chair in which the king did, signing the documents as "I, the sovereign." Spain stood against Napoleon, sickle in hand, knife in hand.