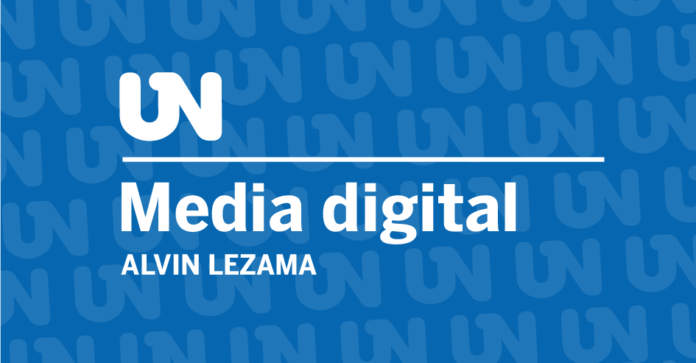 The more attention we pay to the region and the problems of its countries, those of today and yesterday, within their diversity and multiplicity, the more we are convinced of the same reality, perhaps with variations in experience and experience, in the intensity and timing of the impact. It doesn't matter if the problems are political, economic, or social, history repeats itself. They are complex, there is no doubt, for the most part.

In this case, the present reflection is about two symptoms of the same economic problem: chronic and structural inflation, and the strong dependence of our national currencies on the US dollar.

The power of law in various spheres of national politics was weakened by deregulation, privatization, liberalization of markets and capital flows internationally, and the globalization of production and financial markets. What is unusual is that these are measures of public policies promoted and executed by the Nation States, in the 70's and 80's, of the XNUMXth century. It is the beginning of the paradigm that will later be known as neoliberal capitalism and the Washington consensus.

The US dollar, already freed from the gold standard in August 1971, not only becomes a foreign policy instrument of the US government but also becomes the key financial asset for the development of this new paradigm of the globalization of capital. financial.

In the 70s, 80s and 90s, the most indebted countries in the region were, in descending order: Brazil, Mexico, Argentina, Venezuela, Peru, Colombia and Chile. Due to the fact that the loans acquired had been in US dollars, the dependence on this currency and on the economic and monetary policies of the United States government increases. The first four countries mentioned in this list have led capital flight since the 70s, in the region, in addition to being the preferred destination for swallowed capital according to a Tax Justice Network 2012 study.

Since then, inflation, devaluation and external debt have been the central and recurring problems facing the economy of these countries.

Recent events in Argentina and Venezuela allow us to identify a pattern of common strategy, as well as a relationship between the currency in question, inflation and the devaluation of national currencies.

Are the Today Dollar, in Venezuela, and the Blue Dollar, in Argentina, part of this strategy?

On this occasion, we start with two assumptions for problematization, provocation and orientation in gathering the facts (data):

The hegemony of the US Dollar as a Unit of Account

"Bretton Wood is the beginning of the establishment of a new neo-colonial international monetary system, which imposes the hegemony of the dollar standard in the world economy, as well as a hierarchy of power of hard currencies, in the upper layer, made up of the currencies of powers or advanced economies, with the USD at the top of the pyramid, and a lower layer made up of the national currencies of developing economies, whose value is subordinated to the former.”

National inflation is strongly conditioned by the USD as a currency, as a financial asset and as a unit of account

"The economic phenomenon of inflation occurs in the market, it depends on the subjects that participate in it, the objective and subjective conditions to which it is subjected, as well as endogenous and exogenous factors that impact it. The greater the incidence of the dollar in all these aspects of the market, the greater its implication in inflation.”

Let's start with the historical behavior of the value of the national currencies of some countries against the US currency:

Parity history US dollar and Venezuelan Bolívar, in simple terms, the appreciation of the US dollar (USD) against the Bolívar is chronic, with few prolonged valleys, at least since February 18, 1983, known as Black Friday.

In 2011, under the government of Cristina Fernández de Kirchner, the social communication medium Dollar Blue was born, which accounts for the price of the USD/ARS, in the parallel market. This ARS/USD quote presented in the middle is already double the official one, hovering around 300 ARS per USD by the end of July 2022.

Regarding the parity of the national currencies of Mexico, Colombia and Chile against the USD, we have:

In 33 years the Colombian Peso (COP) has depreciated, with peaks and valleys, but with a tendency towards a growing and sustained appreciation of the USD against the COP. Today, 15-7-2022, 3.870 COP are required more than the 480 pesos in December 1989, to buy a USD.(Ib.)

In 30 years the Chilean peso (CLP) has depreciated, with behavior similar to that described for the Colombian peso. Today 641 Chilean pesos (CLP) are required more than the 332 Chilean pesos in December 1990, to buy a USD.(Ib.)

The US currency, USD, also depreciates against the other 8 currencies studied, except for the currencies of Japan Yen (JPY), the Swiss Franc (CHF) of Switzerland, and the Singapore Dollar (SGD). But with more peaks and valleys in his behavior. That is, a more real apparent market. (Ibid.)

Since the hegemony of the USD is undeniable, the facts prove it.

Similarly in relation to inflation:

Annual inflation, percentage variation, average in Venezuela was 2.531%, (1950-2021). Note what six years of brutal and sustained aggression to the country's economy (2016-2021) added to the average annual inflation.

"Throughout its history, Argentina has been characterized by numerous inflationary and hyperinflationary episodes, being a case study throughout the world due to the frequency and intensity that these episodes presented. During the last 100 years, the average inflation rate was 105% per year, being the historical maximum of 3.079% in 1989. "

This document presents the average inflation in the governments of 26 presidents of Argentina, covering the period 1943-2018, that is, 75 years. It is worth noting: Between 1943 and 1974, of 14 presidents, only one achieved single-digit inflation and three deflation. The remaining ten governed with double-digit annual inflation. The case of the 6 governments (two elected presidents and 4 de facto) that for 21 years (1974-1995), averaged annual inflation of 246%.

Inflation in the countries of Latin America and the Caribbean is persistent and characteristic. The measures applied by all governments for their effective control have not had the expected results, be they monetarist or Keynesian, which opens the door to consider exogenous factors in the analysis. This quote, from the document referred to above, from the Argentine Vice Minister of Economy of the Alfonsín government (12-83 to 7-95), Adolfo Canitrot, illustrates what we say:

"To lower inflation I am a monetarist, structuralist and everything that is necessary; and if you have to resort to the macumba, too"

Similarly, when comparing annual inflation between countries in the region and countries with advanced economies, the results lead us to suppose the existence of structural and chronic components in inflation in some Latin American and Caribbean countries, at least in the analyzed.

Until now, only facts have been presented that reflect the historical behavior of the prices in the market of national mass consumption goods and services, and of the behavior of the price of the US currency against national currencies. The intention is to show the point of view expressed in the two initial assumptions: "The hegemony of the United States Dollar as a Unit of Account" and "National inflation is strongly conditioned by the USD as a currency, as a financial asset and as a unit of account". They are evidence of the incidence of the US dollar or of intervention through it in national economies. The dollar as an instrument of US foreign policy.

In this sense, we want to warn about a campaign that is beginning to resonate in the international media in relation to Colombia, Chile and Mexico. In particular, it begins with threats of devaluation of the national currency, non-payment of foreign debt, and economic contraction. It is curious, it corresponds to governments that seem to want to get out of the herd. Here are some headlines and quotes:

Driven by political uncertainty and other external factors, the US currency reached historic levels in Chile and Colombia, while continuing to rise in Mexico and Argentina…Boric: «political uncertainty affects»…Highest historical rate in Colombia…Argentina and its harsh restrictions…Fifth day of devaluation of the Mexican peso…Peru and Brazil are no exception…"(7-7-2022, DW)

"The aggressiveness of the Fed's interest rate hike in 1994 led to turmoil in emerging markets; Is this time different?

Then they recommend a criterion to protect themselves:

"... Pablo Guidotti, former Deputy Finance Minister of Argentina, reached a conclusion that was later popularized by former Federal Reserve Chairman Alan Greenspan. In a 1999 speech, Greenspan summarized the rule by stating that «countries must manage their external assets and liabilities in such a way that they can always live without new external loans for up to a year»» (ib.)

Mexico is in a very different place than it was in 1994. It has a relatively high stock of reserves, a small current account deficit, and a stock of short-term foreign currency debt that is among the lowest of any major market. emerging.” (ib.)

Just one comment, out of many that fit, if this criterion of analysis of adequate reserves were applied to the US, Germany, France and the United Kingdom, they would be much more serious than the countries mentioned in the letter. Worse yet, if you add foreign debt and its net international investment position. Of course, for this to happen, the hierarchy of power in the monetary system would have to cease to exist. Here it is possible that if the US catches a cold, when referring to its economy, it is reflected in our countries at least as pneumonia.

Someone may doubt that these press releases affect inflation and devaluation of the countries referred to. How much credibility is assigned to these notes, published from these media?

The strategy of publicizing in the media the behavior of the parallel exchange market between the national currencies of Venezuela and Argentina against the US currency adds fuel to the fire. Like Dollar Today and Dollar Blue do, in each country. Both media started in progressive governments.